How do you fill Brentwood Middle School’s cafeteria on a Wednesday evening? Reveal a county wide rezoning ‘Plan B.’ I was lucky enough to catch the tail end of this very important unveiling on April 12, held the same night on the same campus as Brentwood High School’s College Knowledge Night. The college night attendance paled in comparison.

I guess it was only fitting that the zoning meeting was overcrowded (yes, standing room only) as superintendent Dr. Mike Looney addressed the issues of overcrowding in our schools to a very passionate group of parents and residents – myself included. Here is what I learned:

A rendering of the proposed STEM Center was shared at the meeting. This academic space would be shared by BHS/BMS. 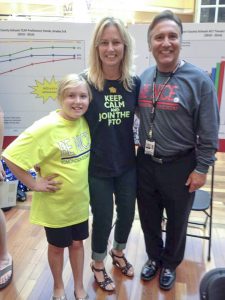 I had the pleasure of meeting Dr. Looney at the WCS Back to School Fair. He has a tough job.

Aside from all the politics and information sharing, I was reminded of something important that night… During the meeting, a parent asked for a show of hands  for those who would  be willing to pay more taxes to help our schools — nearly all of the hands in the room shot into the air. And when a retired gentleman and long-time resident of Brentwood voiced his concerns over tangible vs. intangible costs, he received a standing ovation. Several parents reiterated that this wasn’t about the 10% affected, but the community as a whole. This meeting reminded me that we are passionate about both education and community. Things that matter. It also reminded me that growth comes at a price. But there is also a reason everyone wants to live here. I am confident we’ll figure this out together.

For the latest rezoning plans, visit Williamson County Schools zoning. Plan A and Plan B (plus B1)  are broken down in detail, including the names of subdivisions impacted. It’s not over yet, so check back often.

Property values are tied to the quality of our great schools. If you have any questions about the zoning impact, or if you need to move to stay in your current school zone, we would be honored to help. We have school-aged children and are very closely following these developments. We understand the passion. 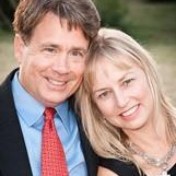